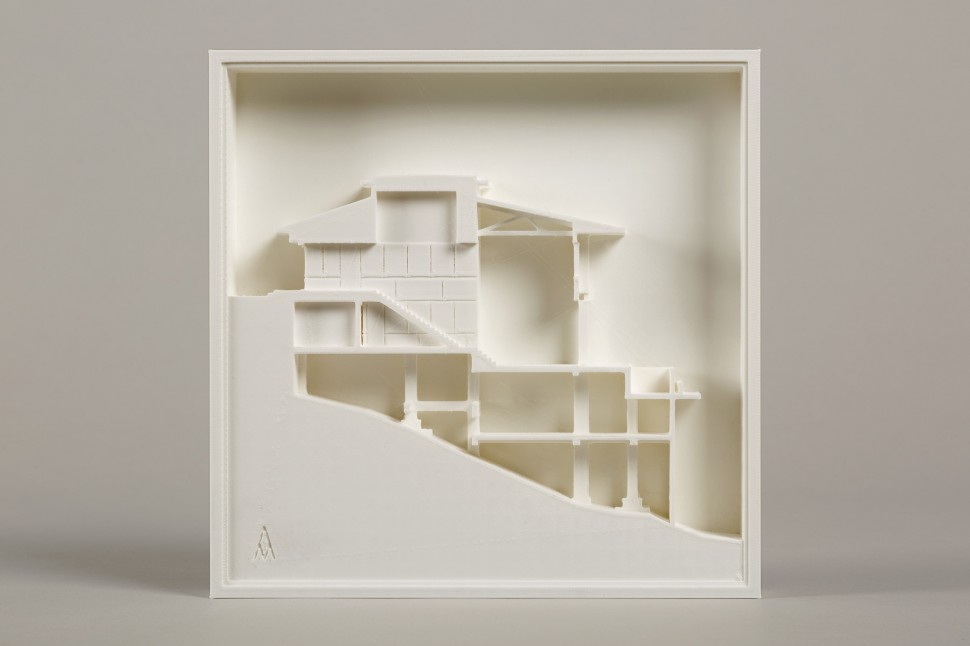 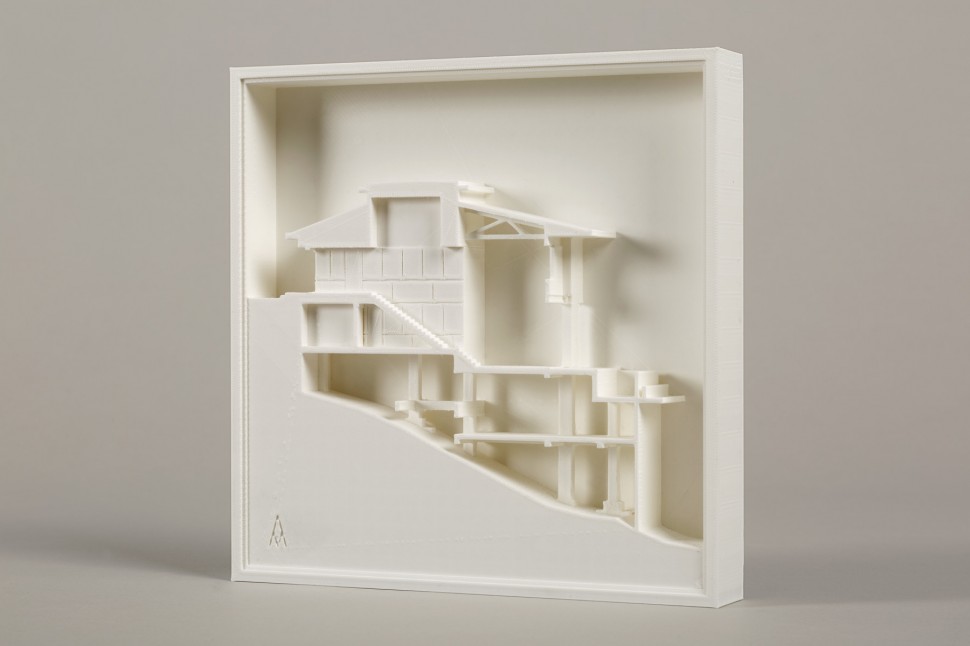 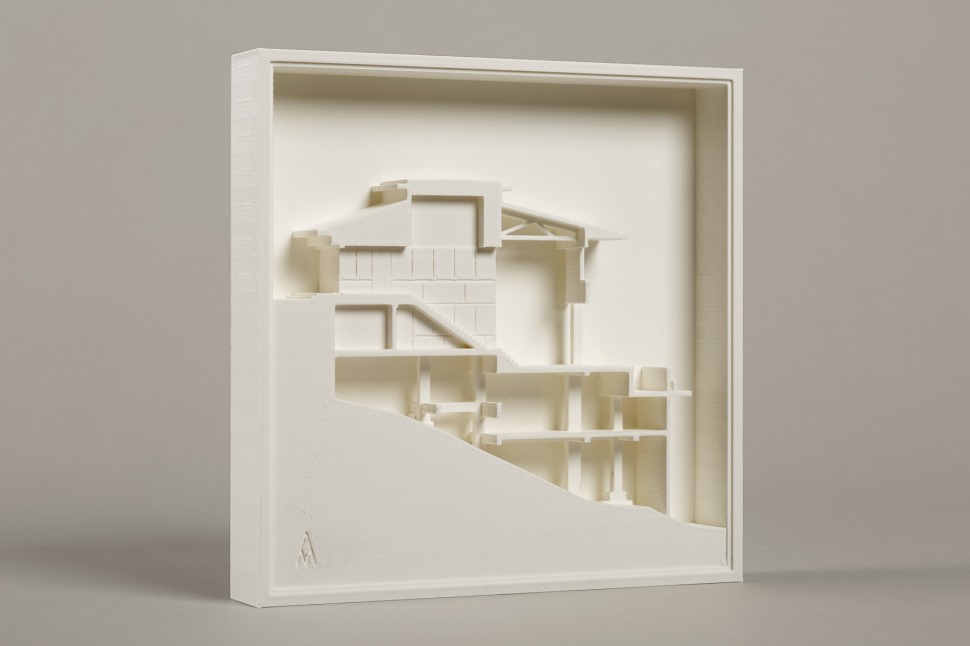 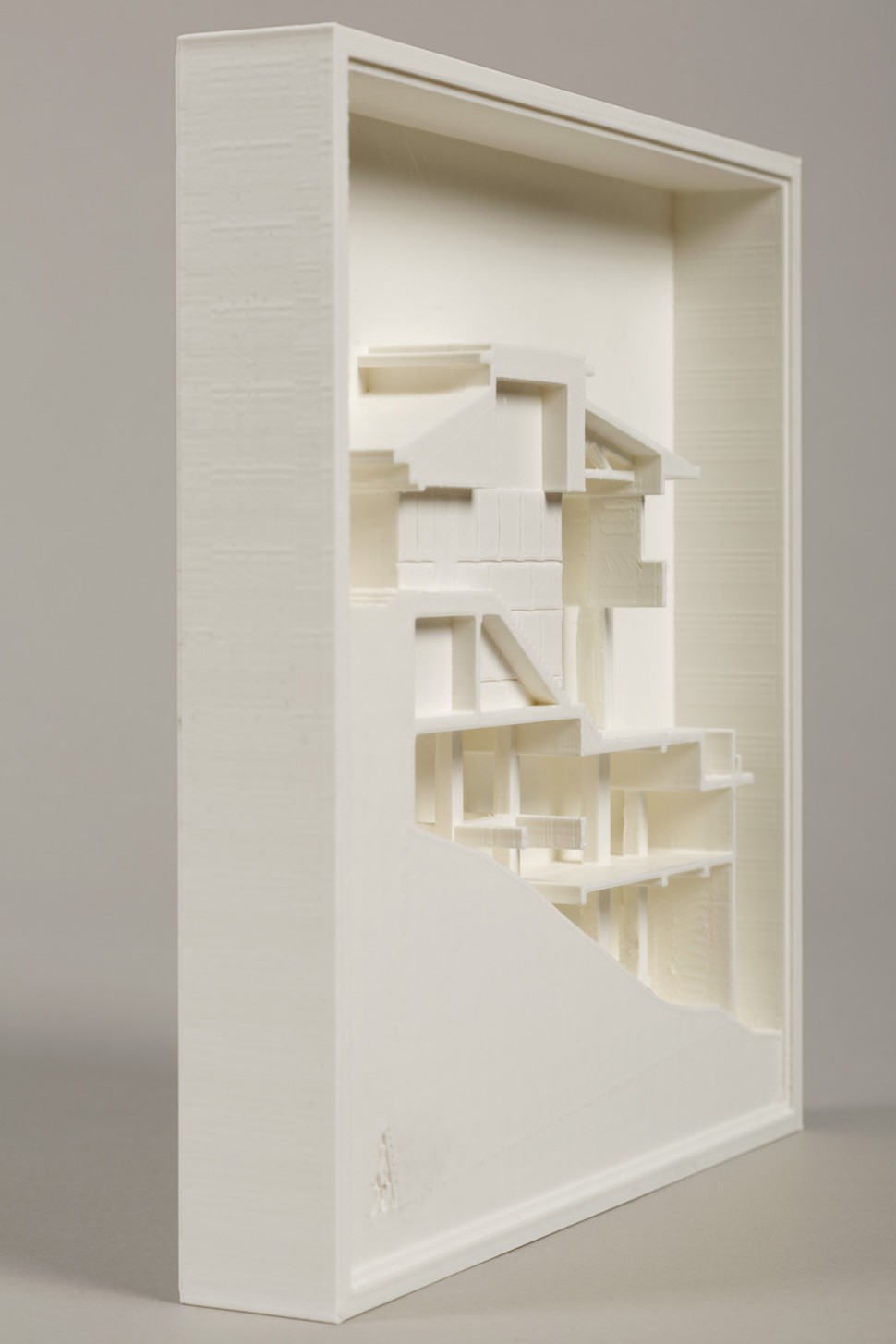 A series looking at our approach to physical model making and prototyping - 3D print of the project at 1:100.

This 3D print is of an abstract section through the main stair which is the project’s primary device – all internal spaces spring off of this one imposing element. The model has a frieze-like quality evocative of classical sculpture and is a commemorative piece.

The section highlights the first and enduring idea of the project which was to reveal the staggering view sequentially in a picturesque manner rather than to give it away all at once. From the street and approach, the house is aloof, avoiding any affectation, but upon entering through the front door one is immediately faced with a large framed picture window view of an island floating in the ocean; the panoramic view then opens up as one descends until finally at the lowest level it is revealed in all its glory – the Indian Ocean dotted with islands, bounded on either side by giant granitic mountains and lush tropical forests.

The house itself was completed in November 2018, making this model a retrospective study. A one-off silver version was presented to the client as a gift in April 2019 – the photographed model is in the practice’s collection.