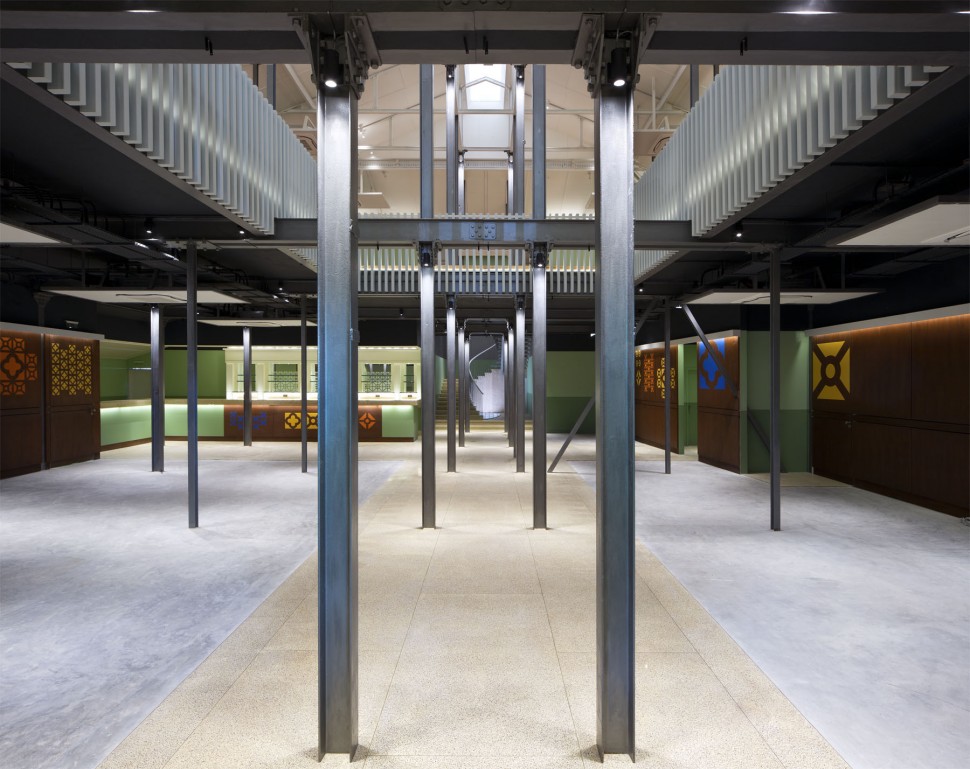 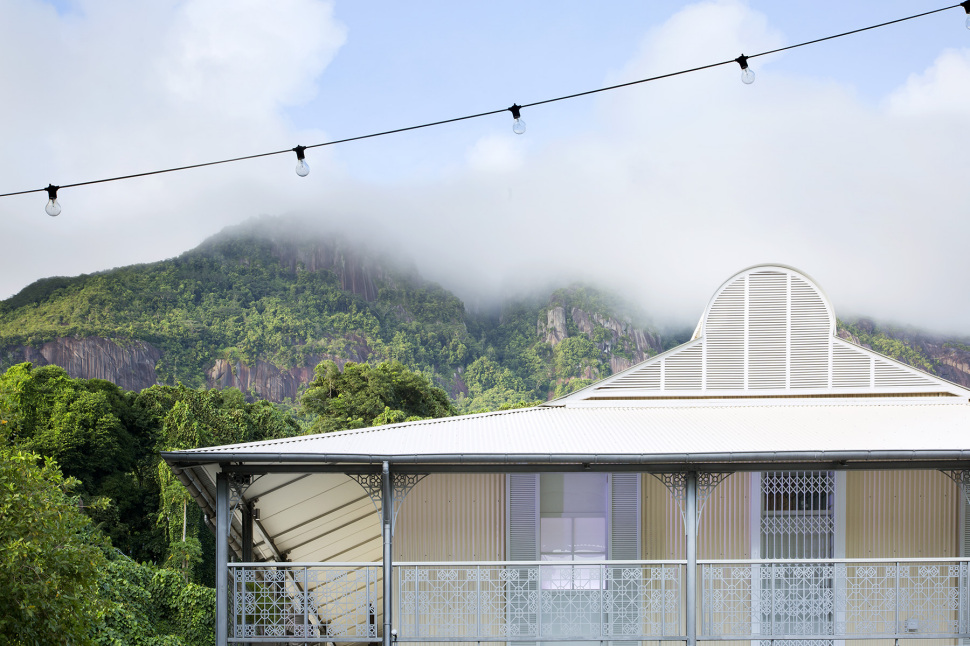 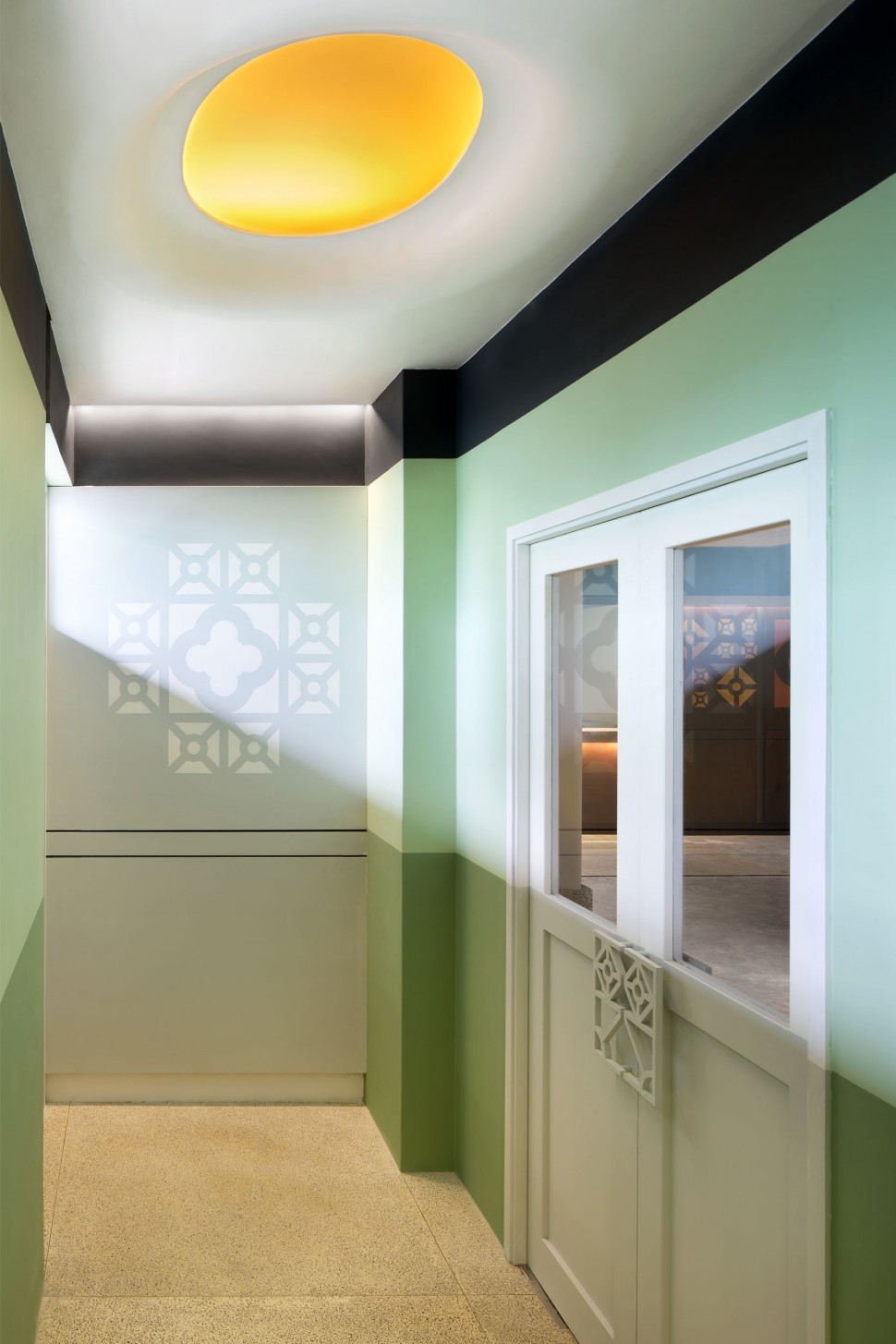 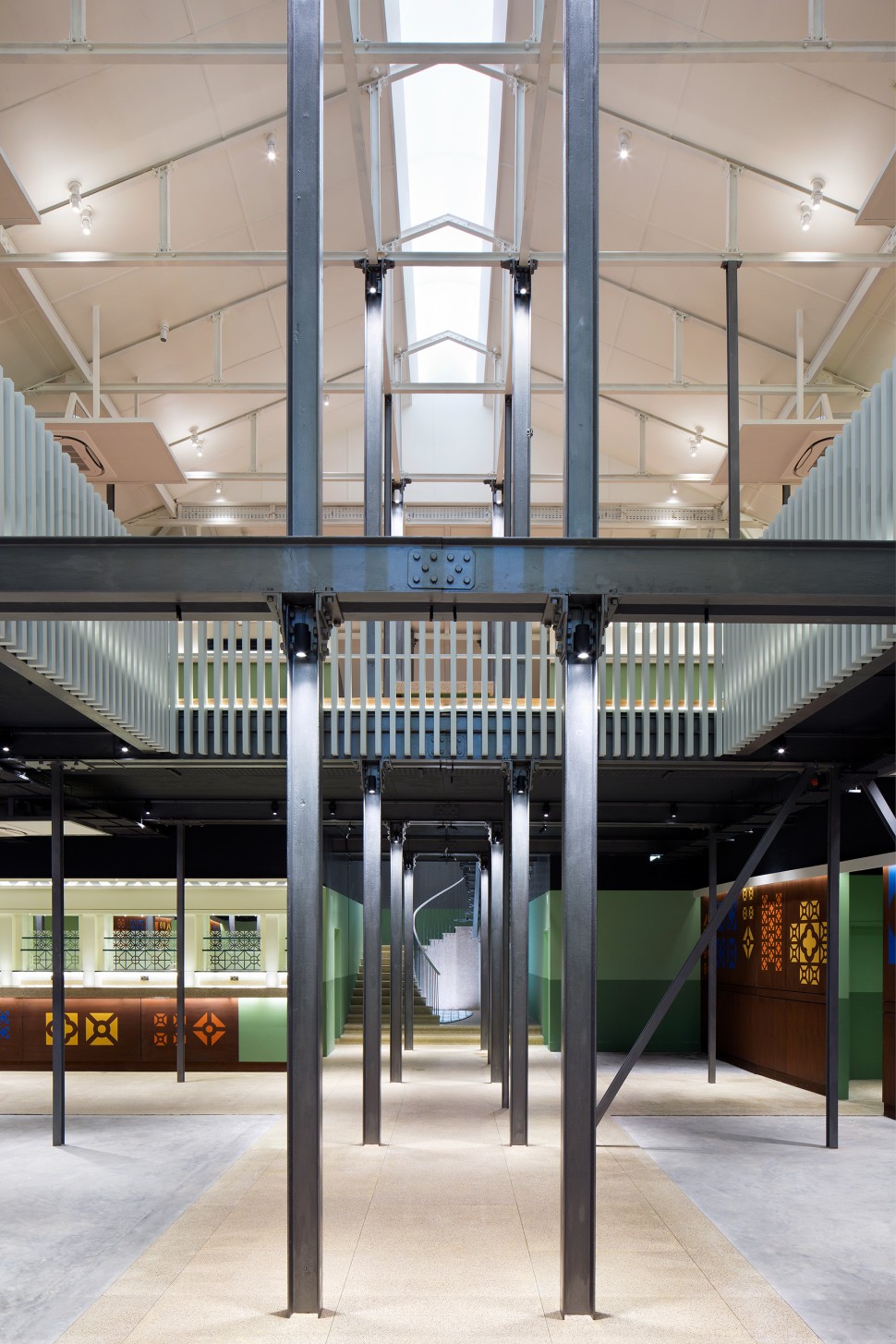 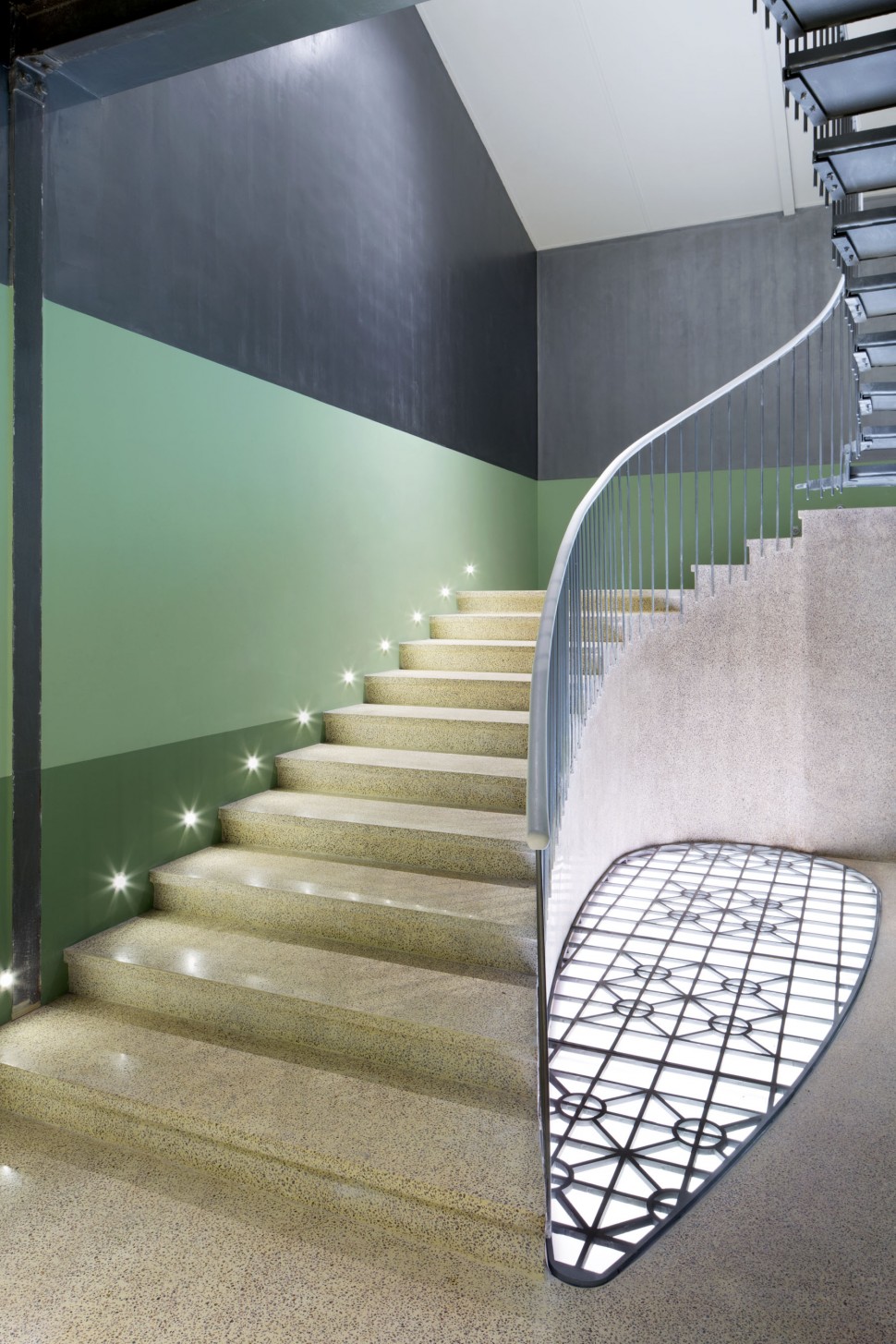 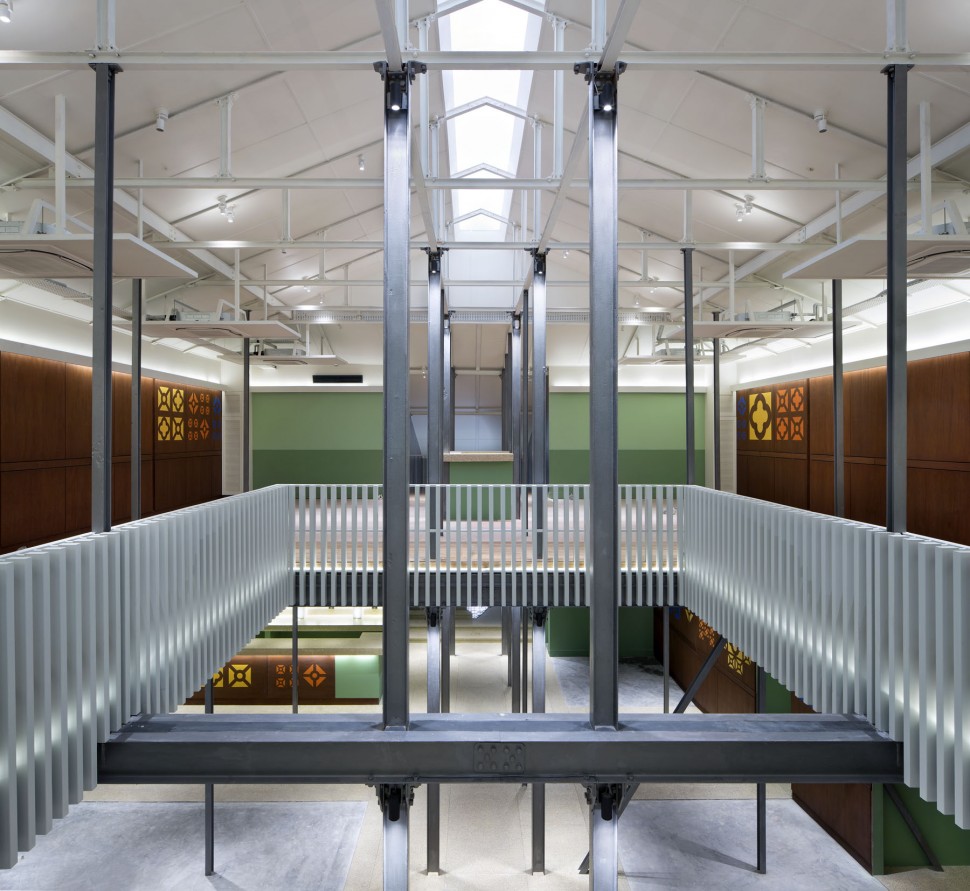 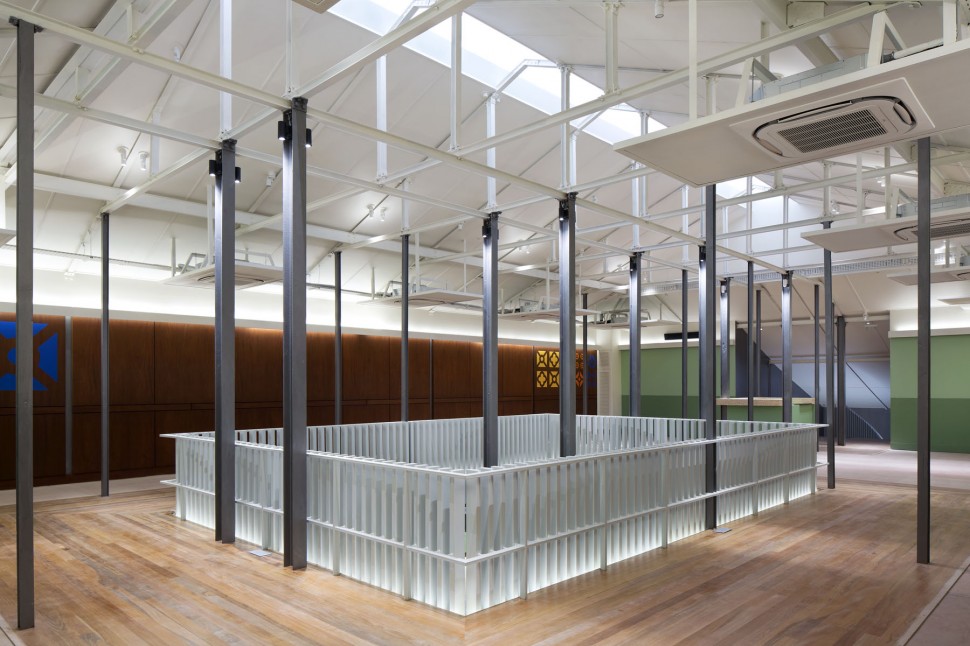 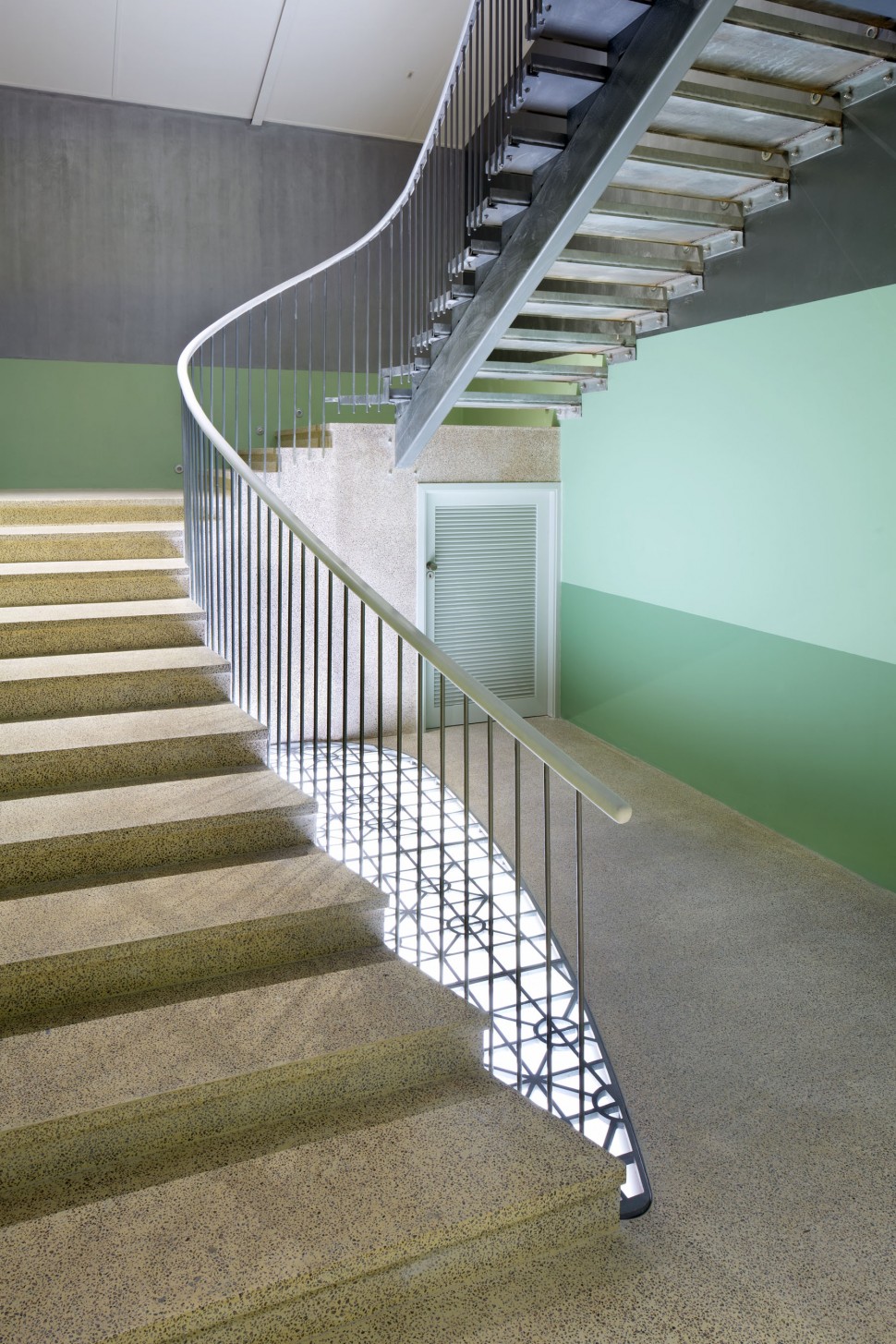 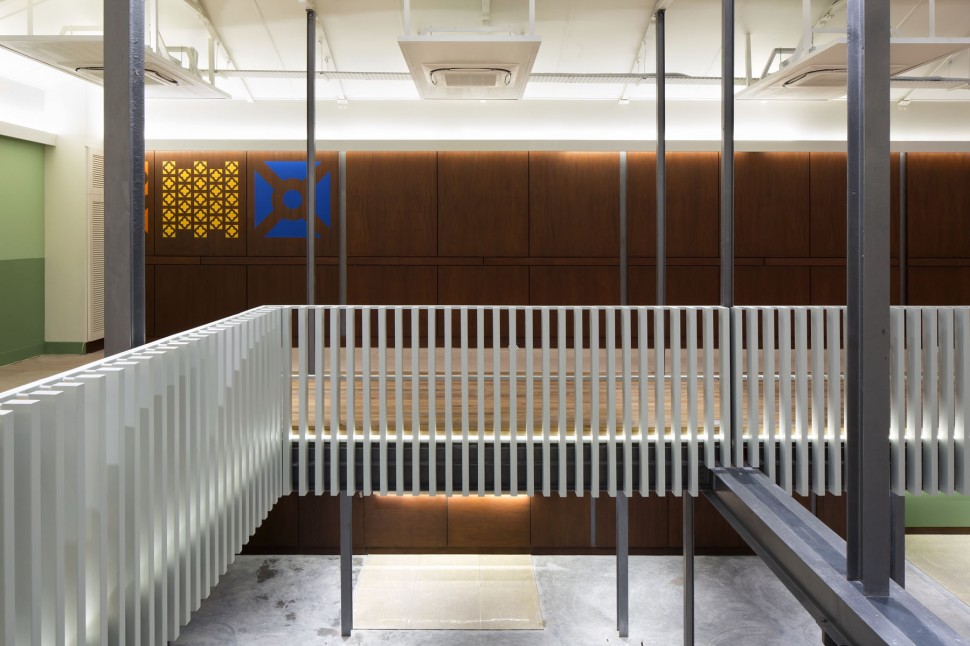 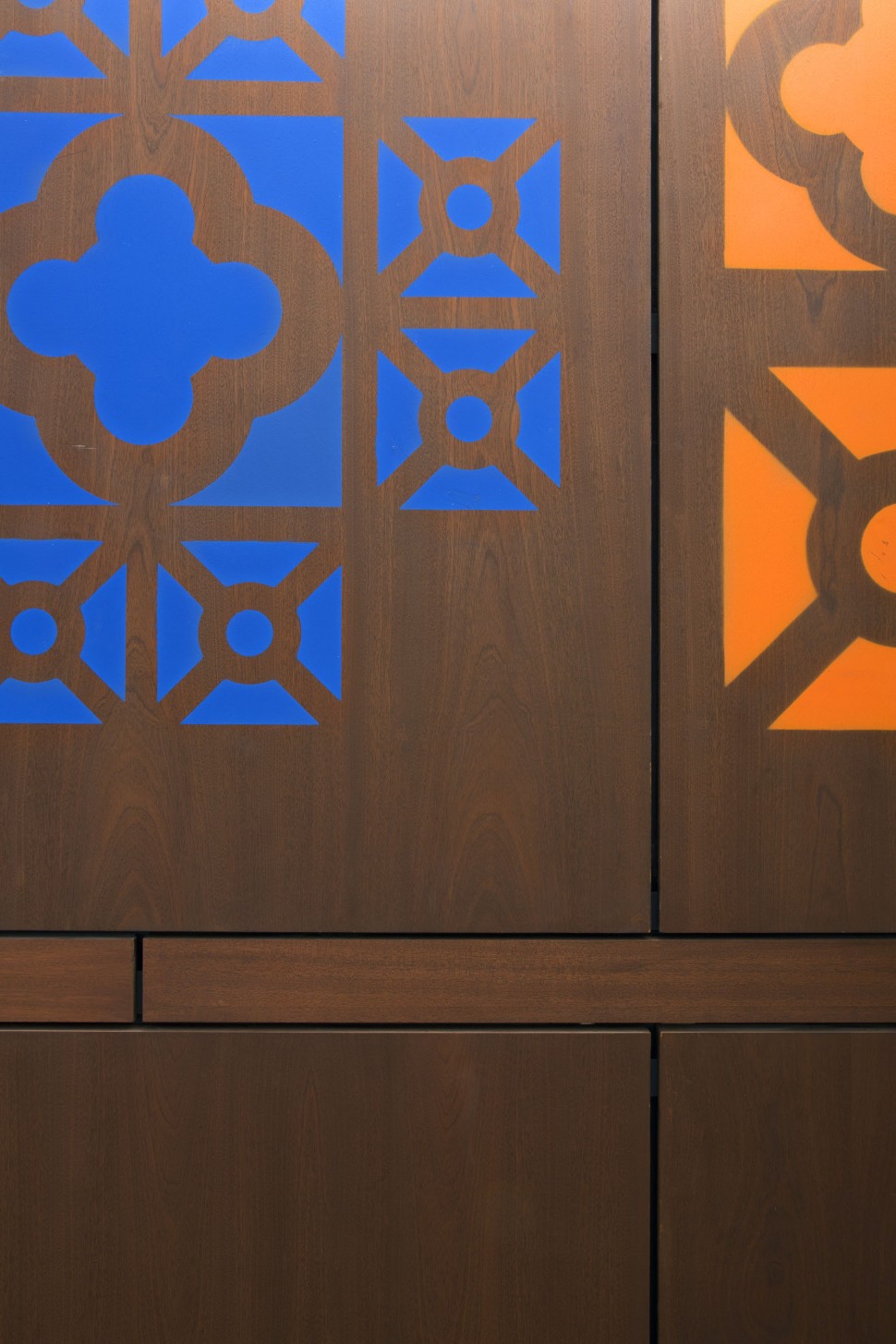 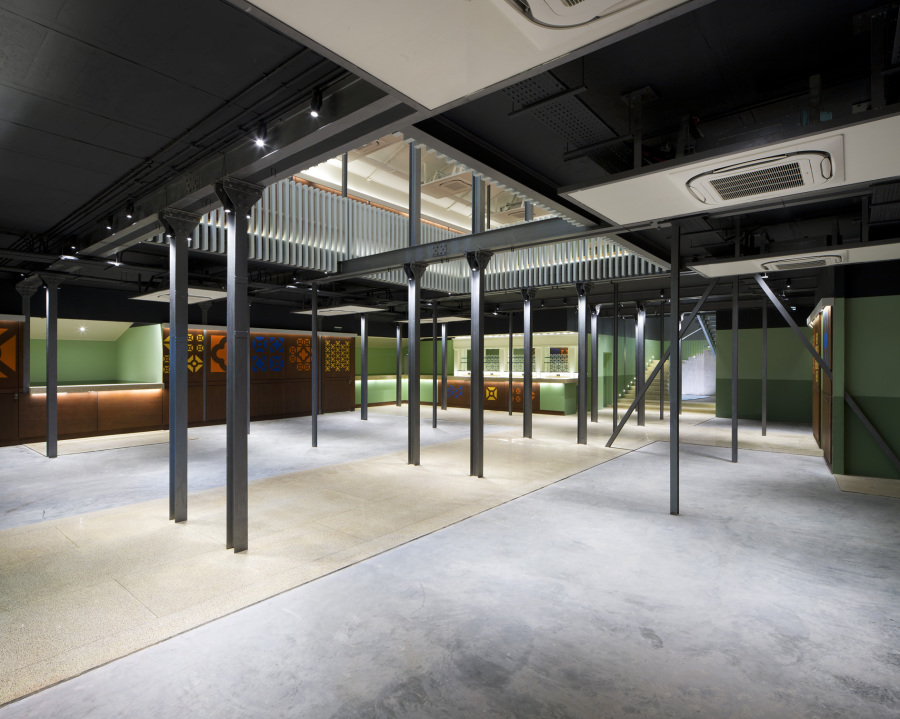 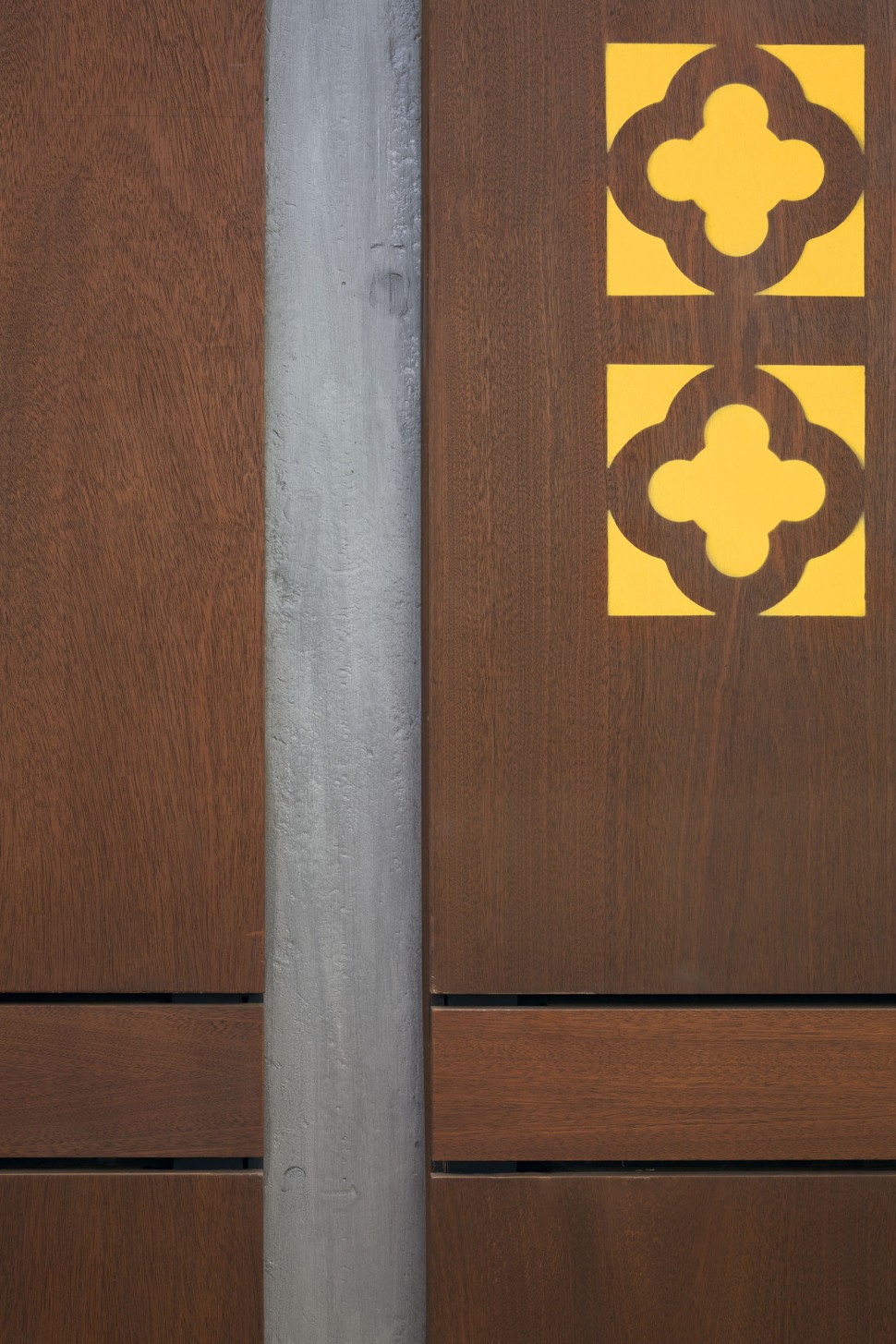 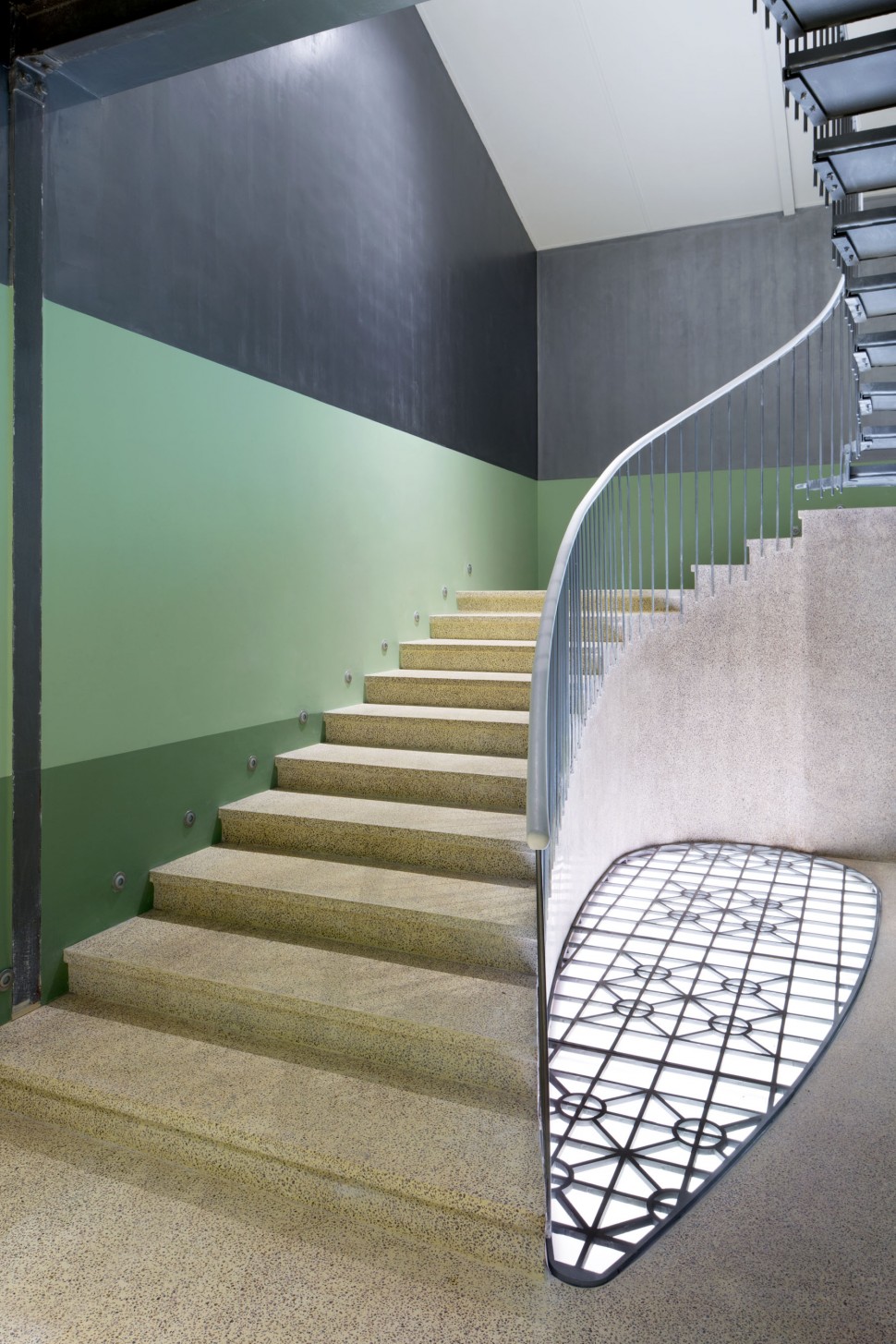 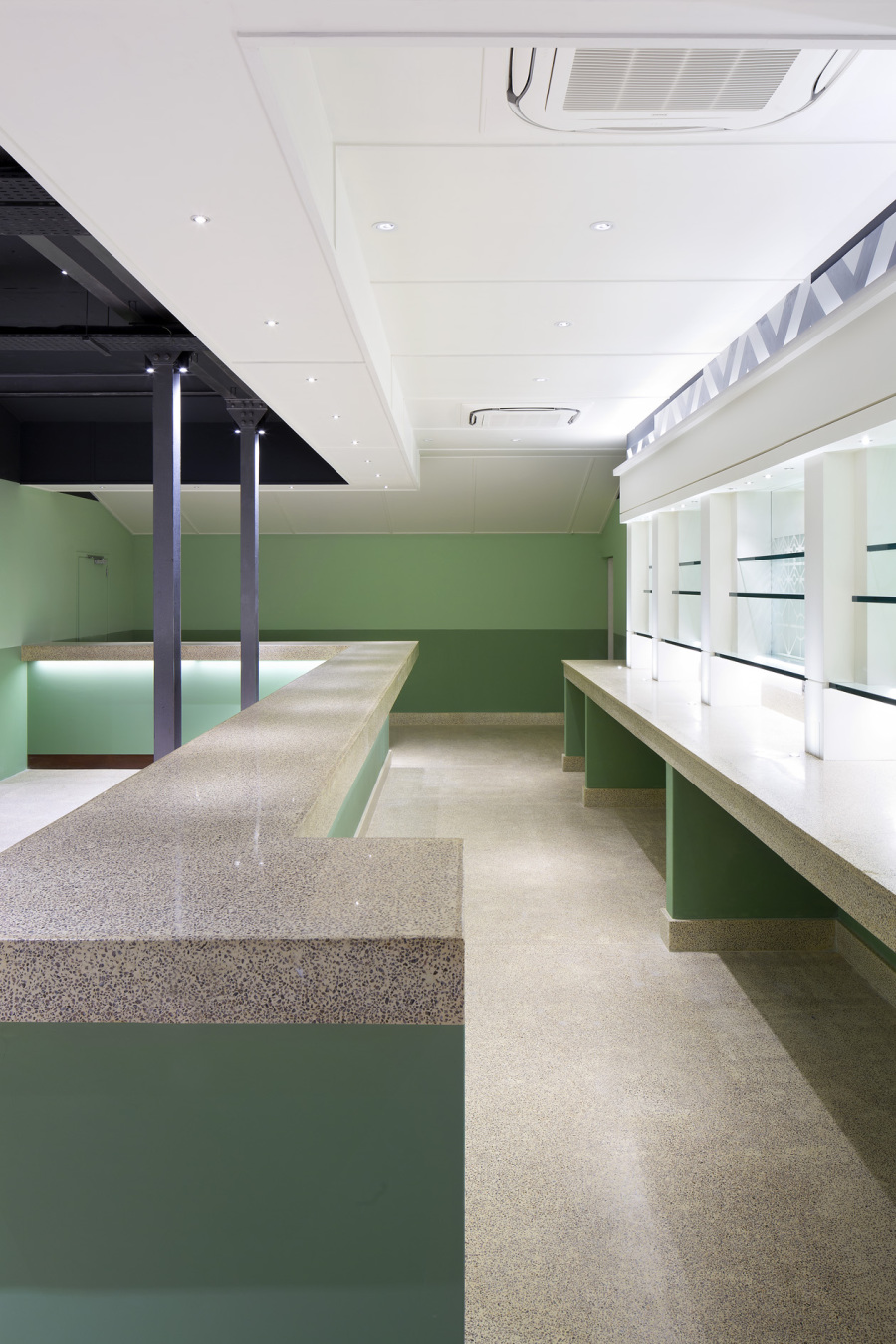 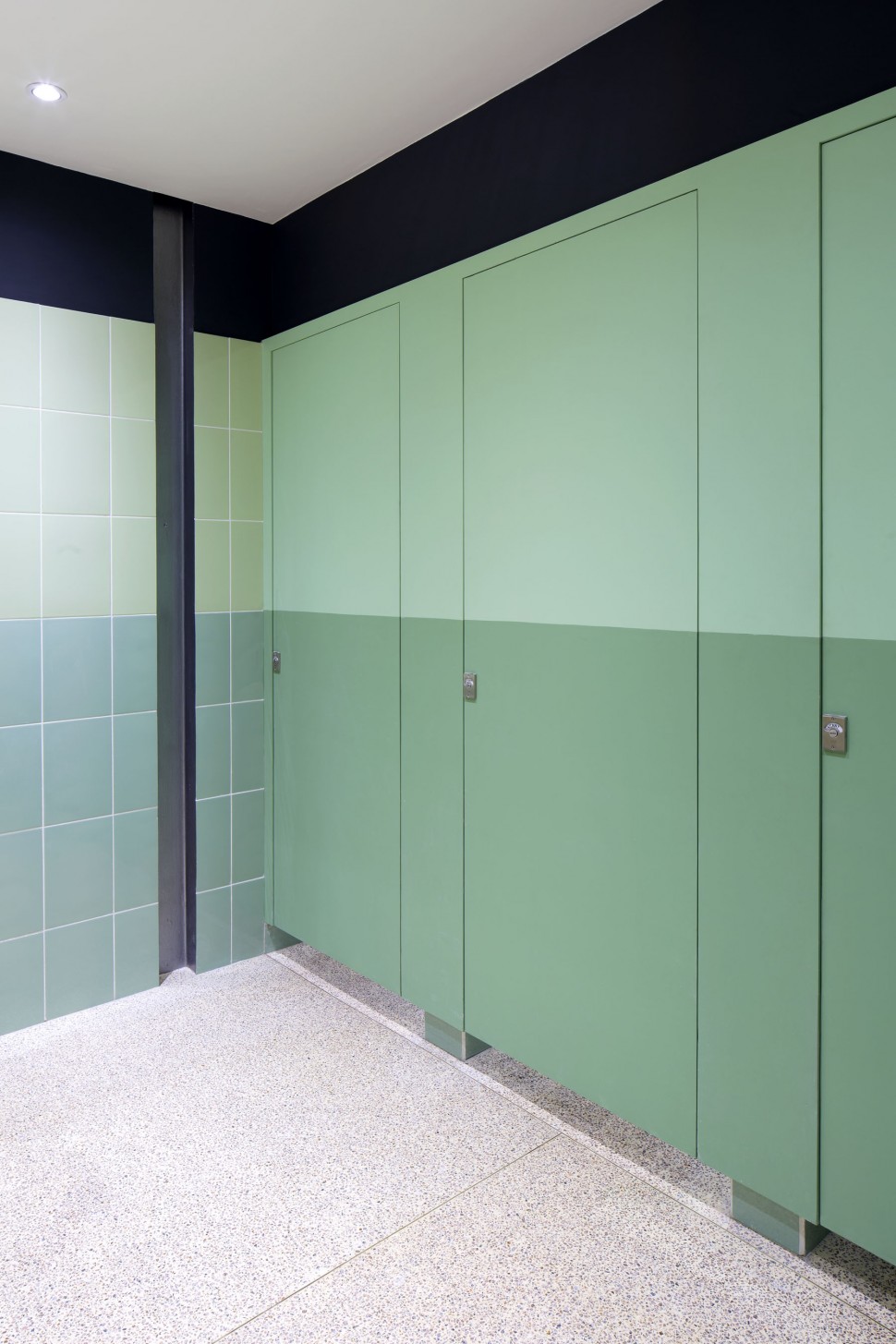 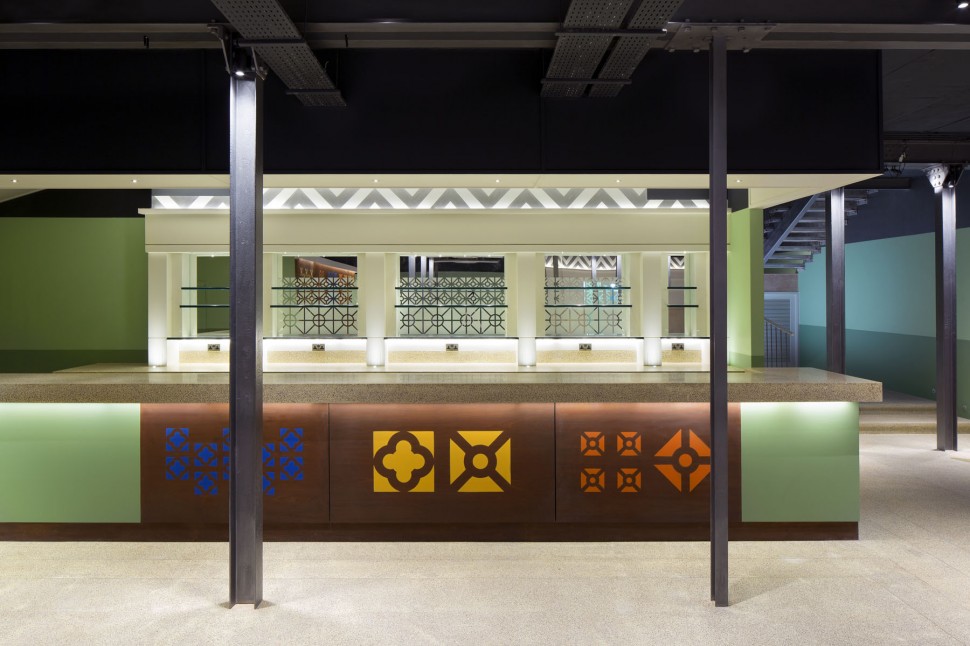 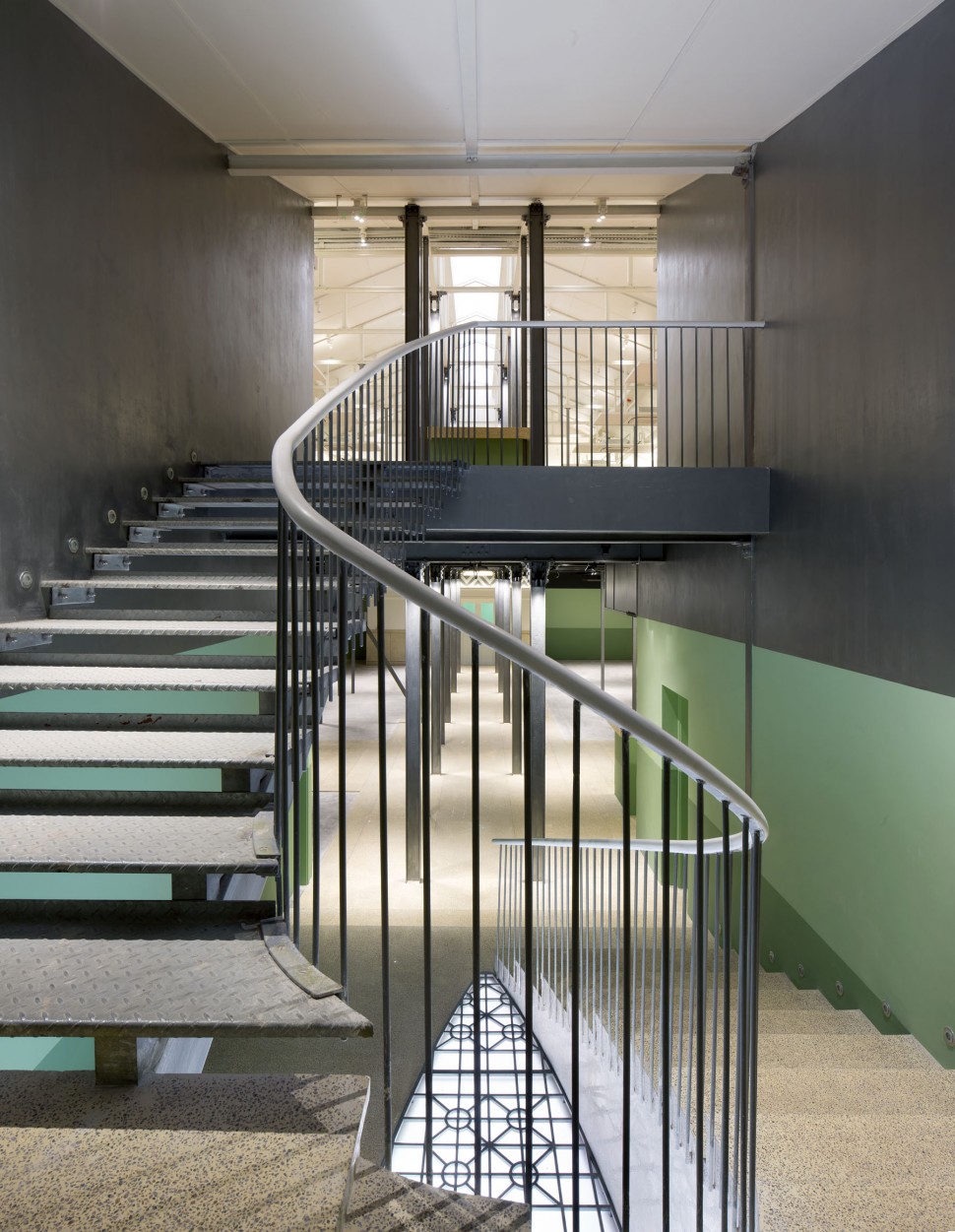 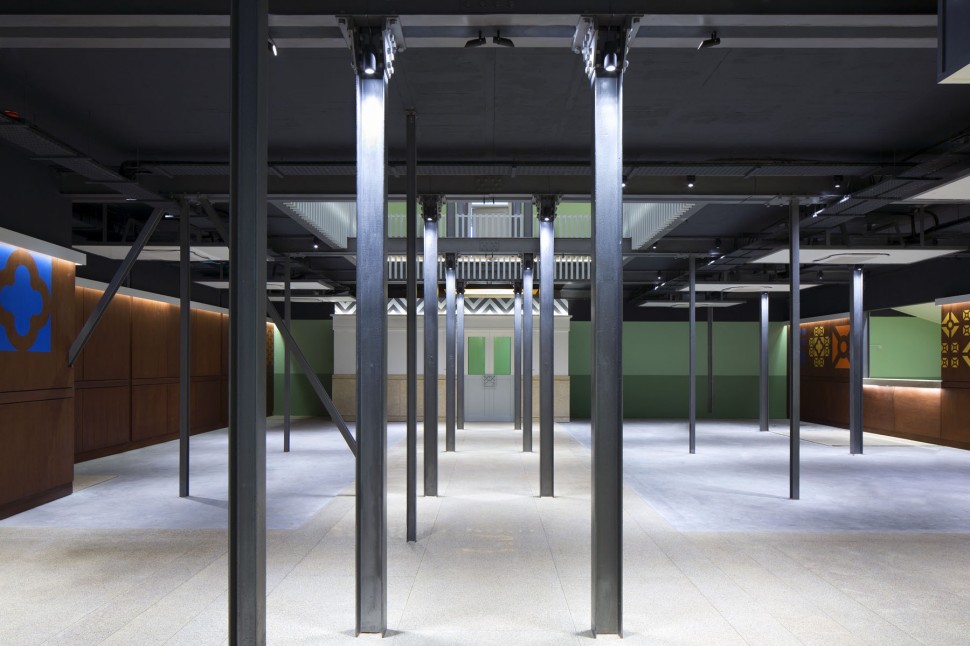 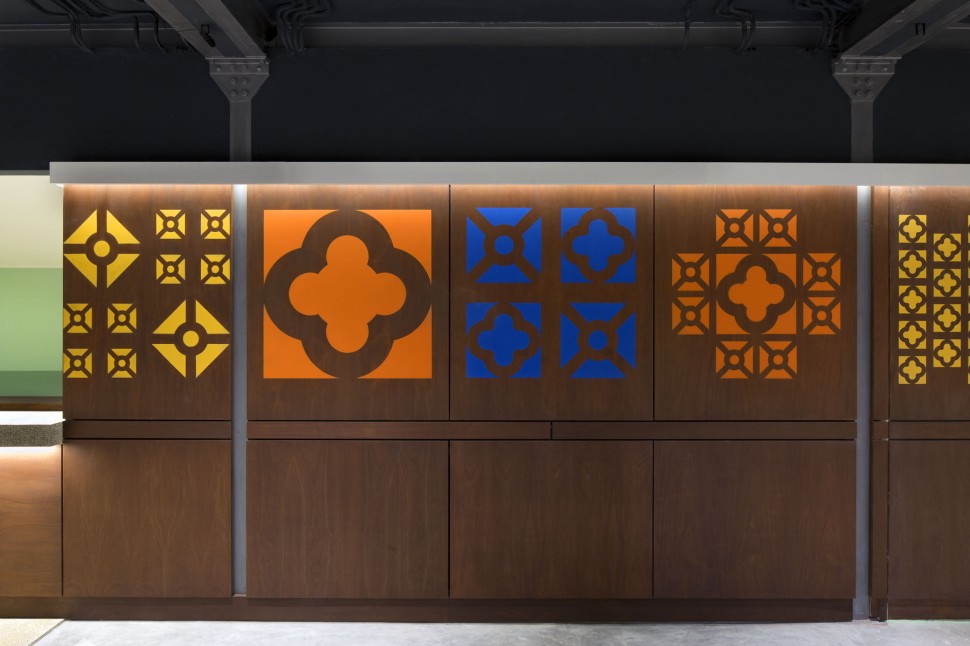 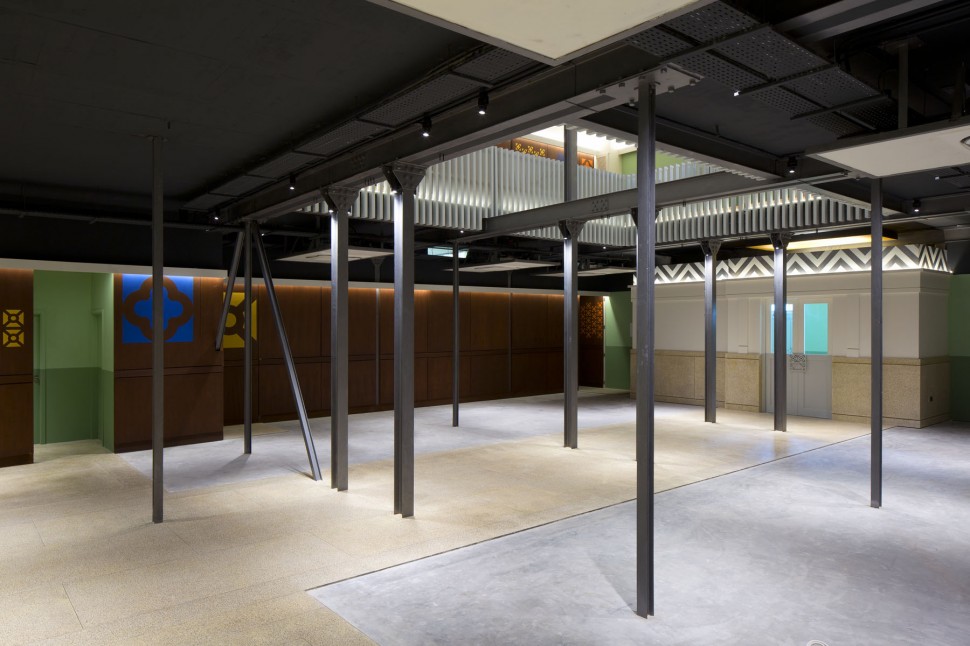 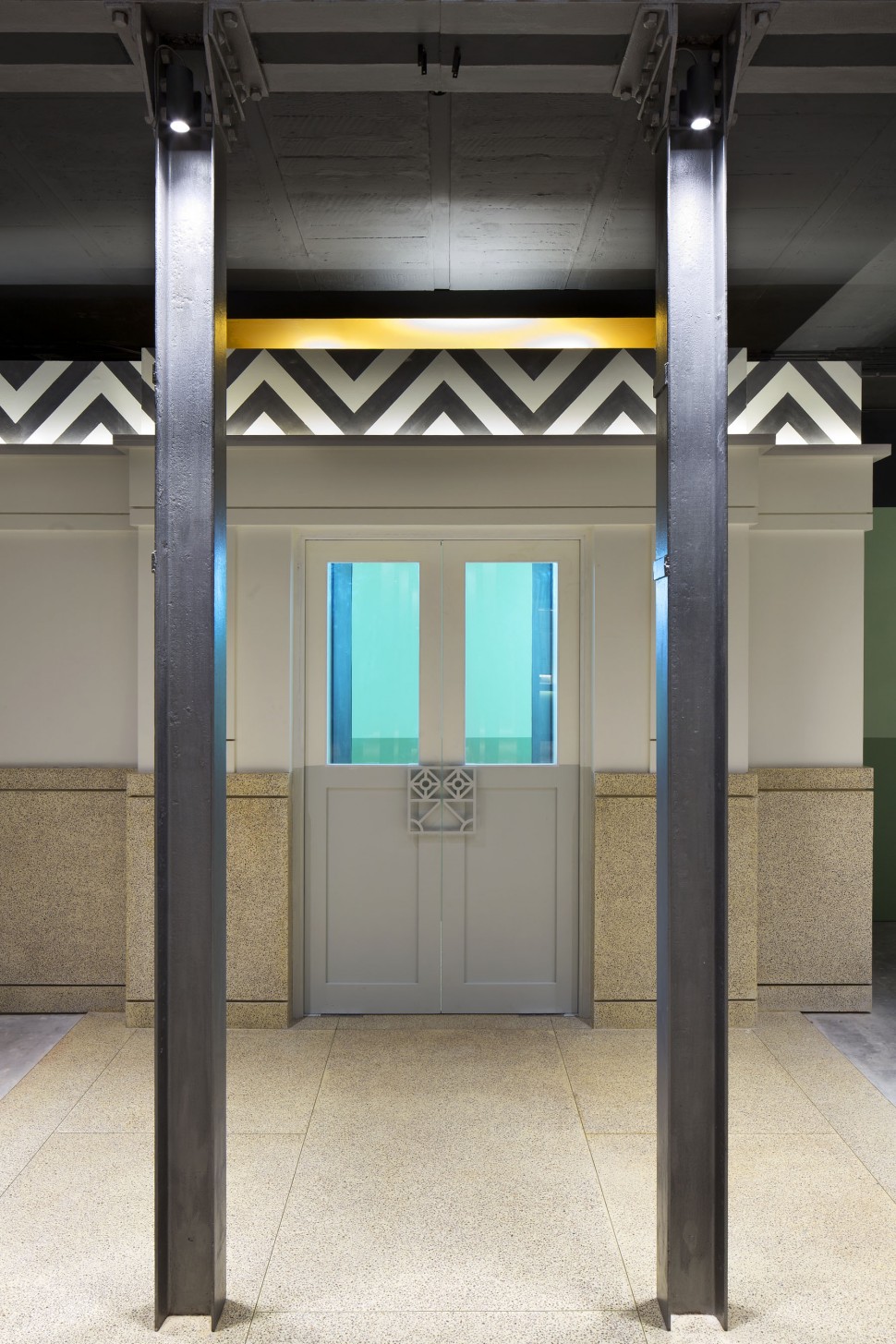 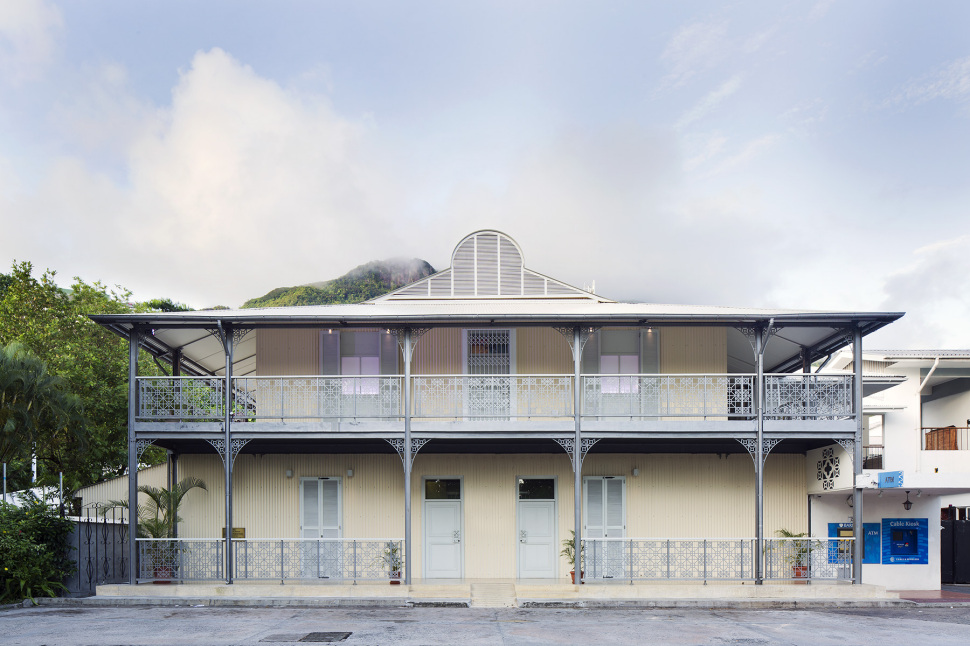 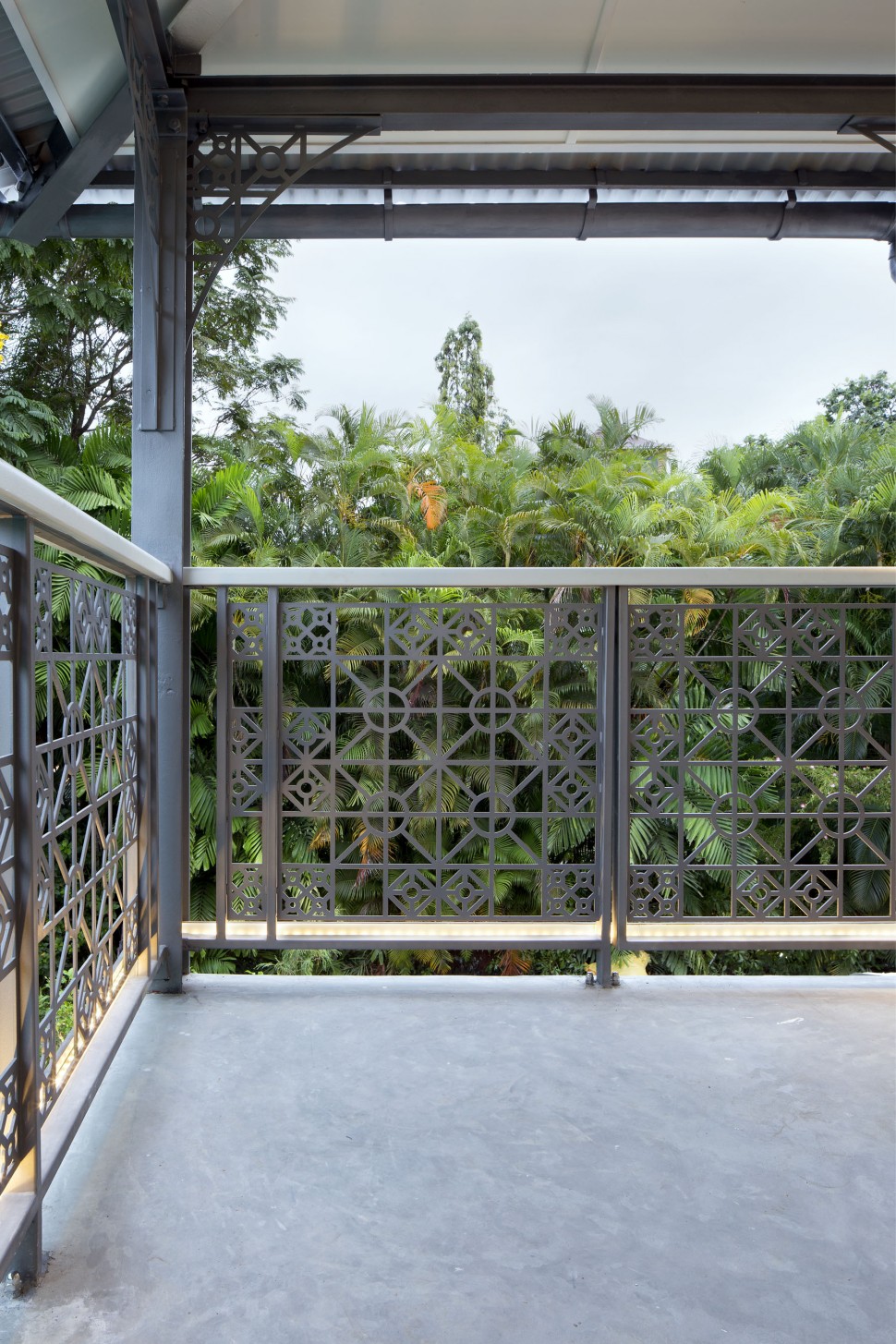 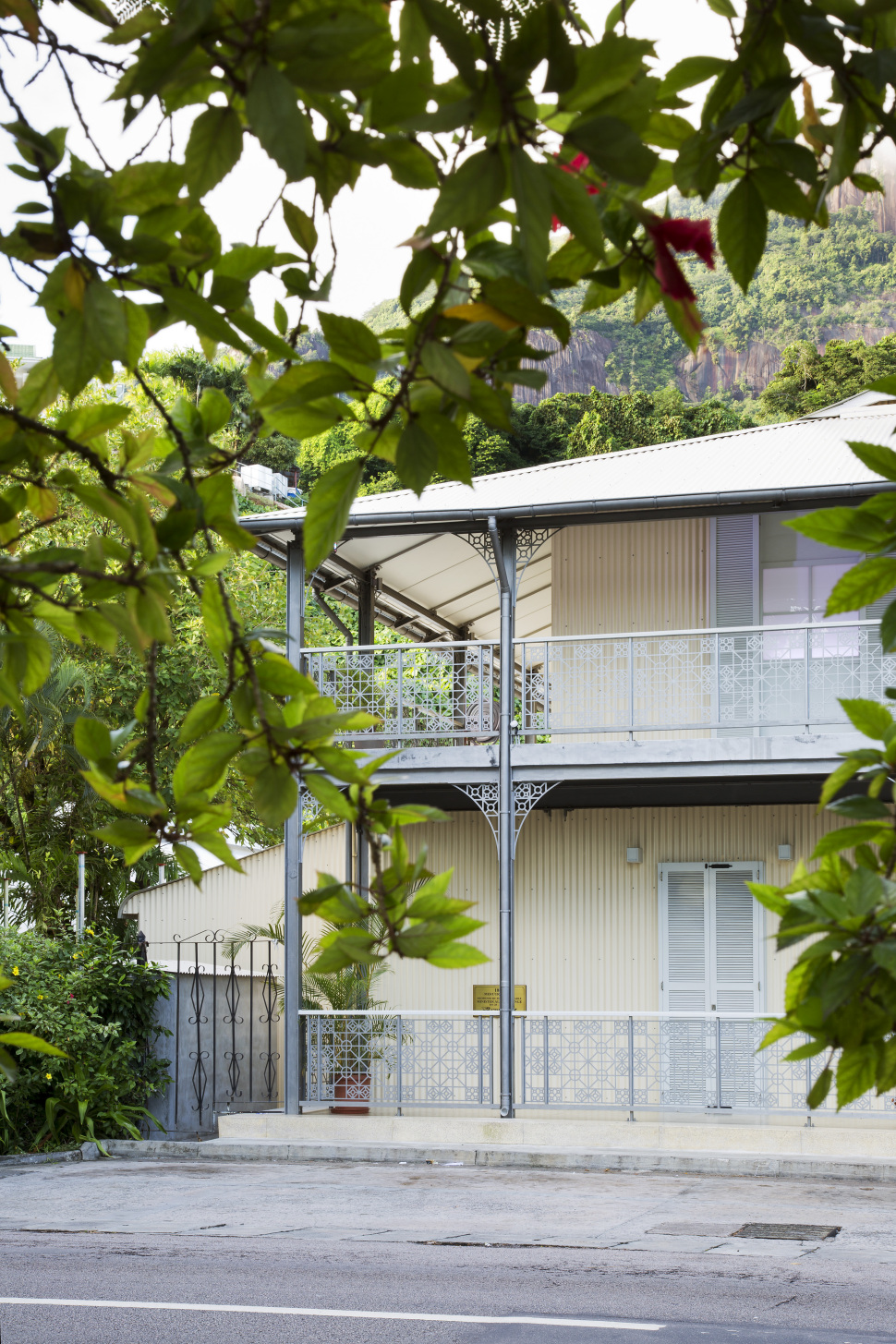 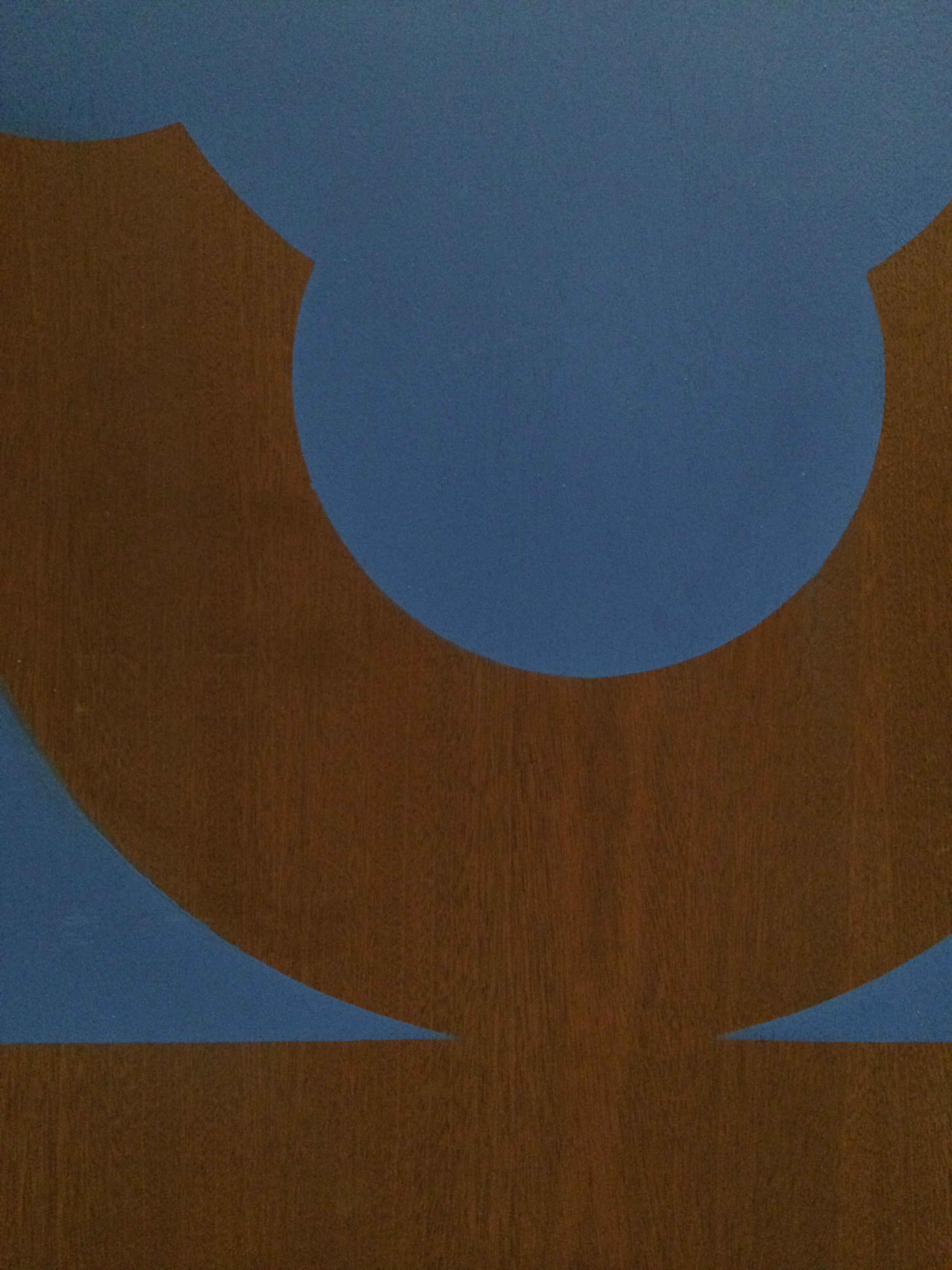 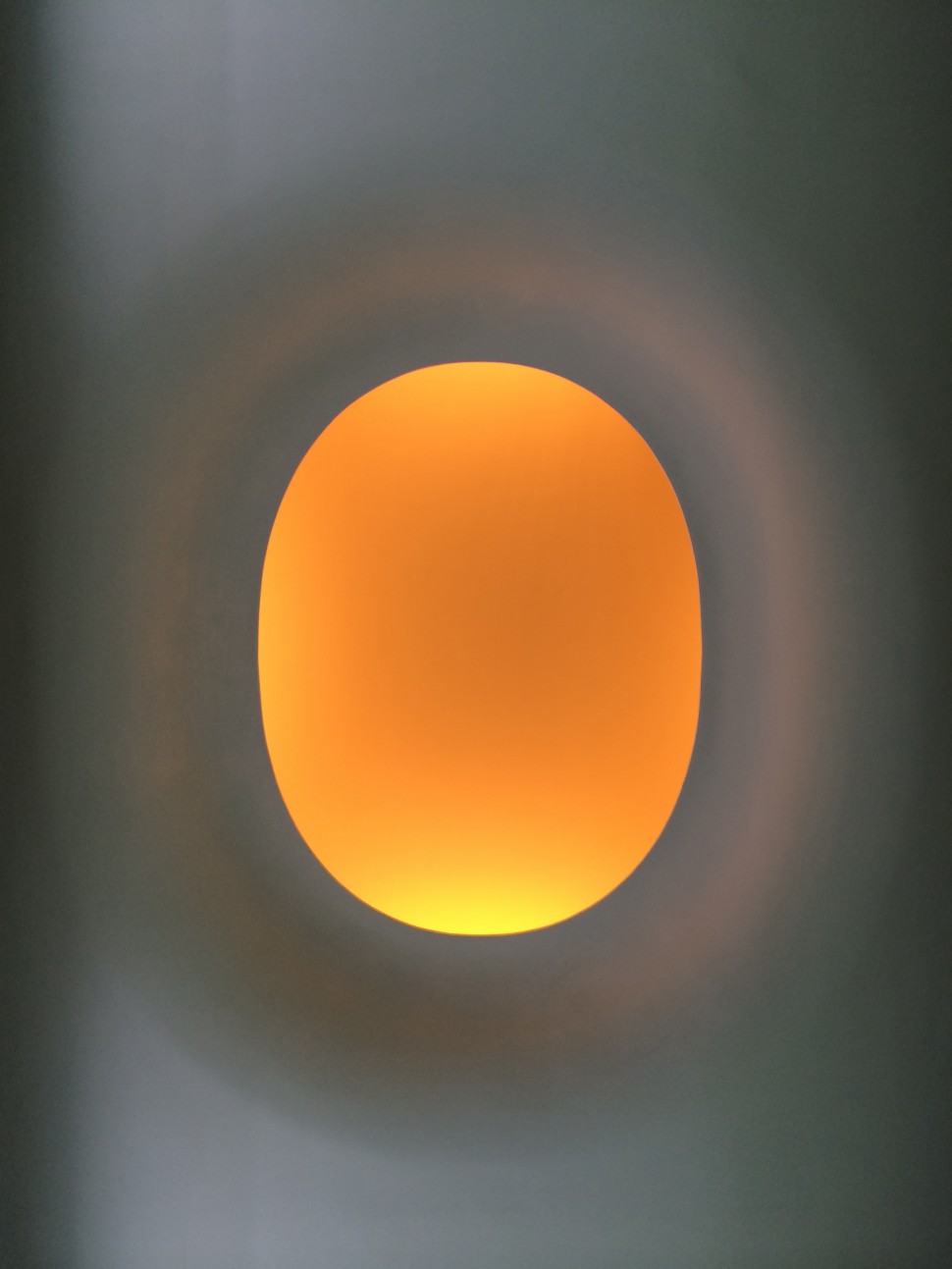 A leisure and retail space fusing modern and traditional influences, in the heart of the capital city, Victoria.

Erected in the mid-19th century on the island of Mahé, Mercury House was rebuilt half a century later for the world’s then largest telecoms company.

The project celebrates both contemporary Creole architecture and Victorian steelwork — with its original Lanarkshire imprints. The design features simple motifs, inspired by the area’s traditional airbricks.

It is a clarified, cohesive space. A terrazzo concourse links staircase and lobby. An atrium, punched through the first floor, breaks the deep plan and ties in the two levels. Exposed columns create a rhythm that is picked up with panelling throughout. Muted on lower levels, materials and colours lighten as you ascend to the bright roof canopy.